Meditation and yoga can 'reverse' DNA reactions which cause stress 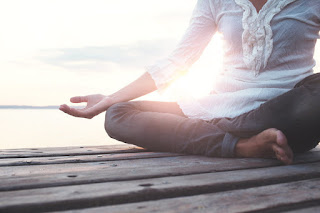 Mind-body interventions (MBIs) such as meditation, yoga and Tai Chi don't simply relax us; they can 'reverse' the molecular reactions in our DNA which cause ill-health and depression, according to a study by the universities of Coventry and Radboud.
The research, published in the journal Frontiers in Immunology, reviews over a decade of studies analysing how the behaviour of our genes is affected by different MBIs including mindfulness and yoga.
Experts from the universities conclude that, when examined together, the 18 studies -- featuring 846 participants over 11 years -- reveal a pattern in the molecular changes which happen to the body as a result of MBIs, and how those changes benefit our mental and physical health.
The researchers focus on how gene expression is affected; in other words the way that genes activate to produce proteins which influence the biological make-up of the body, the brain and the immune system.
When a person is exposed to a stressful event, their sympathetic nervous system (SNS) -- the system responsible for the 'fight-or-flight' response -- is triggered, in turn increasing production of a molecule called nuclear factor kappa B (NF-kB) which regulates how our genes are expressed.
NF-kB translates stress by activating genes to produce proteins called cytokines that cause inflammation at cellular level -- a reaction that is useful as a short-lived fight-or-flight reaction, but if persistent leads to a higher risk of cancer, accelerated aging and psychiatric disorders like depression.
According to the study, however, people who practise MBIs exhibit the opposite effect -- namely a decrease in production of NF-kB and cytokines, leading to a reversal of the pro-inflammatory gene expression pattern and a reduction in the risk of inflammation-related diseases and conditions.
The study's authors say the inflammatory effect of the fight-or-flight response -- which also serves to temporarily bolster the immune system -- would have played an important role in humankind's hunter-gatherer prehistory, when there was a higher risk of infection from wounds.
In today's society, however, where stress is increasingly psychological and often longer-term, pro-inflammatory gene expression can be persistent and therefore more likely to cause psychiatric and medical problems.
Lead investigator Ivana Buric from the Brain, Belief and Behaviour Lab in Coventry University's Centre for Psychology, Behaviour and Achievement said:
"Millions of people around the world already enjoy the health benefits of mind-body interventions like yoga or meditation, but what they perhaps don't realise is that these benefits begin at a molecular level and can change the way our genetic code goes about its business.
"These activities are leaving what we call a molecular signature in our cells, which reverses the effect that stress or anxiety would have on the body by changing how our genes are expressed. Put simply, MBIs cause the brain to steer our DNA processes along a path which improves our wellbeing.
"More needs to be done to understand these effects in greater depth, for example how they compare with other healthy interventions like exercise or nutrition. But this is an important foundation to build on to help future researchers explore the benefits of increasingly popular mind-body activities."

Popular posts from this blog 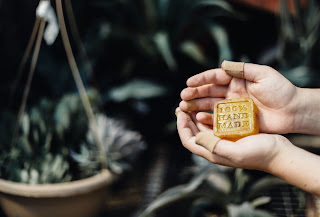 I think we’re all looking for it - that illusive work-life balance. We see carefully curated social media feeds and wonder how on earth people do it. But social media is not real life. In truth most of us struggle. I am not writing this series on Slow and Simple living as an expert. Perhaps I should have called it “Slower and more Simpler-ish.” It is something I want to have more conversation about. More honesty and more putting our heads together to come up with solutions. Today I delve into personal grooming. So pardon, guys, this is going to come from the feminine perspective. Feel free to share your hints in the comments below.  For me what has worked best is keeping my hair really short or long. I have not found the middle path (little Buddhist/yogic humour there) helpful when it comes to hair length. Ultra-short is quick and cheap to wash, cut and style although if you are considering this alternative spare a thought for bed head.  Short hair left in its virgin state overnight …
Read more

The Tenuous Link between Grey Hair, Decision Fatigue and Loneliness. 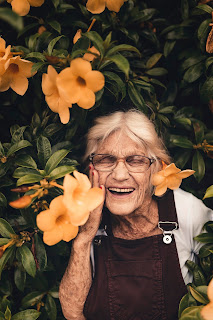 So I did it. Went grey. For years I spent a small fortune on hair colours terrified of what I might look like a la naturale. Patient hairdressers laboriously rolled back the clock on my tresses while battling my increasingly irritated, painful scalp even when using supposedly “organic” hair colours.  If colouring your hair is something you do because you think your job requires it I get that. The sad truth is that in our youth and beauty obsessed culture it probably does! If you love experimenting with colour good for you. If you enjoy the quarterly appointments, monthly touch-ups, cuppa and conversation as a self-care ritual more power to you. I never did. Always found it tedious. Don’t get me wrong. I think hairdressers are fabulous people. Part therapist, part chemist, part artist. But life is short and colours cost. Sure there are home colours. But I’ve been there, tried that and lacked the patience. There are just other things I would like to do with my time. Going grey was the …
Read more

The Life Changing Magic of Tidying Up 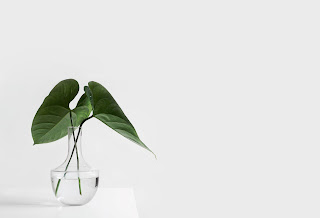 Do you ever feel a bit depressed as you open your clothes cupboard to dress each morning? Do you look at a vast array of items yet struggle to work out what to wear? Is it ever an effort to close overstuffed, disorganized drawers? Or do many of your clothes seem to permanently reside on the floor? Creating order out of chaos is one of the great psychological tasks of life. And it starts in the home. A tidy house evokes feelings of bliss. Would you like to expel shavasana-like sighs as you open organised drawers - everything in its place and easily visible? Would you like to see celestial beams erupt and hear a heavenly chorus each time you open your wardrobe? Feel euphoric on entering your own bedroom nirvana? Read on my friend. This blog is for you. The answer to your cluttered bedroom dilemma might surprise you. You might actually need less stuff but have it better organised. You may need to "Marie Kondo" the hell out of the place. In case you’ve been living on a deserted…
Read more